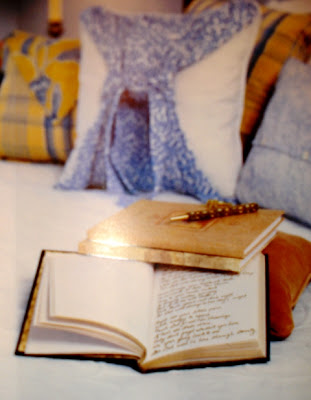 The wind is blowing, and it's so cold outside. I went out to move the car~~it was barely "kissing" the yellow curb marker that would garner me a parking ticket~~but it's probably too cold and windy for the parking patrol to do their thing. I've discovered it's just a good day to be inside, wrapped up in a wooly throw, with my trusty ceramic heater blowing warming air on me. 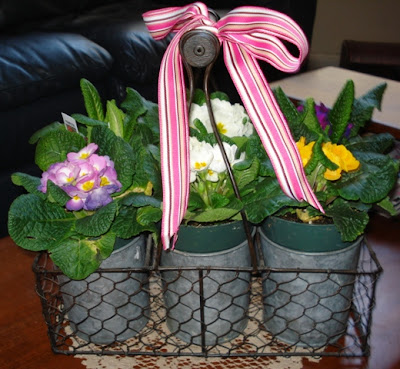 While I was out yesterday~~picking up books I had placed on hold last week~~and unfortunately, taking a long trip through the car wash, I stopped at the market to pick up two more primroses. I moved them to this wire carrier and needed two more to fill it out. 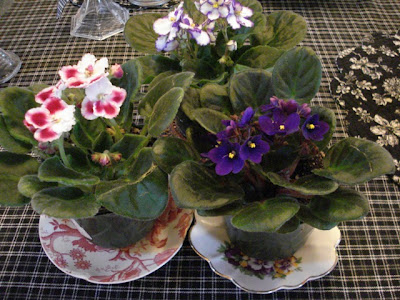 The market had a new shipment of African violets~~take a good look at them while they're in their prime~~and I couldn't resist buying them.

About the long ride through the car wash...the temperature was hovering just above freezing, but when I went out to get into the car, I discovered that birds had been using it for target practice. Yes, I was parked under the trees, but it's been so cold, who knew birds would be roosting in those trees? Grackles~~probably by the hundreds, as witnessed by the massive splats of berry seeded bird droppings all over the street and cars~~were the culprits. The guys at the car wash were quite amused...they'd seen a few cars like mine yesterday. I hate to get my car washed when it's that cold out...hate the thought of frozen locks and doors...but I couldn't drive around with my car looking like that.

Grackles...just the worst and they are not even attractive to watch in the yard.

Have you read " No Second Chance" by harlen Coben? I have it I and could send it to you if you like.

Janet~~I've been working my way through the whole Harlen Coben collection and need to update my "Currently Reading" widget. He is such an amazing writer...always full of surprises.
Thanks for the offer, but I have read it.

Brrrrr. It is cold here too. I enjoy staying in and working on my mosaics. I am about ready for a day to sit with some decorating books and a pot of hot tea....soon.

Your violets are beautiful! I love that you use vintage saucers under them.

I seriously considered washing the car today, but decided against it because of the cold. Thank goodness there were no grackles to deal with...that sounds awful!

Your posies are lovely!

Bitter cold here too! Love the violets they are my favorites!

Oh....what beautiful pictures as we sit here in this freezing cold weather....

Have a blessed day!