It's been awhile...as usual, not much going on.  As I look through photos on my phone, I decided to do a little blog post.

Last Monday I started some seeds in the AeroGarden I picked up at Sam's Club for 1/2 price.  I've been fascinated by them, but could never justify the cost.  The bundle at Sam's included, in addition to the six herb starter "plugs", a DIY seed starting insert.  I received an order from Johnny's Seeds in Maine a few days beforehand so here we go!  San Marzano tomatoes, Wisconsin 55 tomatoes, Artichokes (!), and two types of basil.  After only a week, they're really growing!  So exciting. 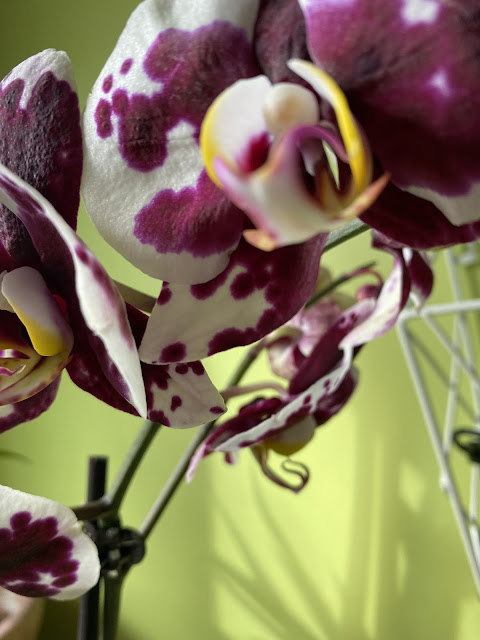 I decided to try orchid growing again.  This one was so pretty and full of blossom heads.  Target run, and done.  So far, I've managed to keep it alive and still blooming for over a month. 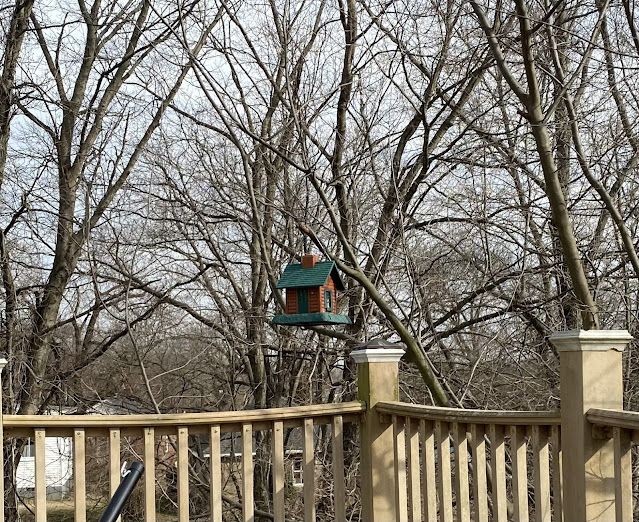 It was so nice this past weekend...Friday and Saturday anyway.  It was nice to get out on the deck and move a few things around.  The bird feeder, usually situated on a table was moved to a tree branch.  I'm sure all of those cardinals will seek out the food. 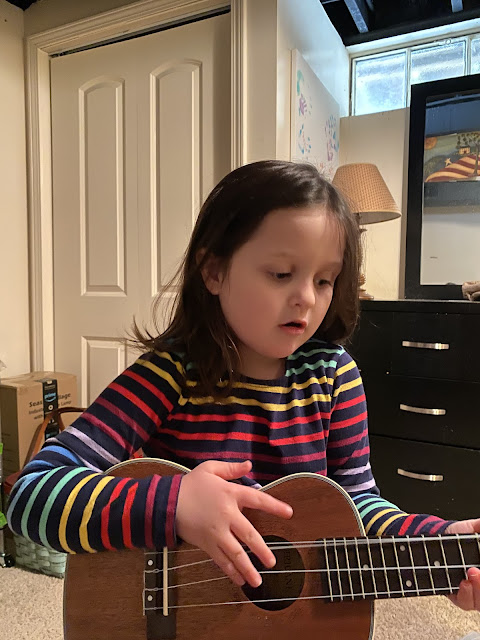 Vivian and I have been busy organizing our craft room/studio downstairs.  We had a fun day before PreK playing music and beading.  We're going to need to spend more time down there...it's where all of the fun stuff is. 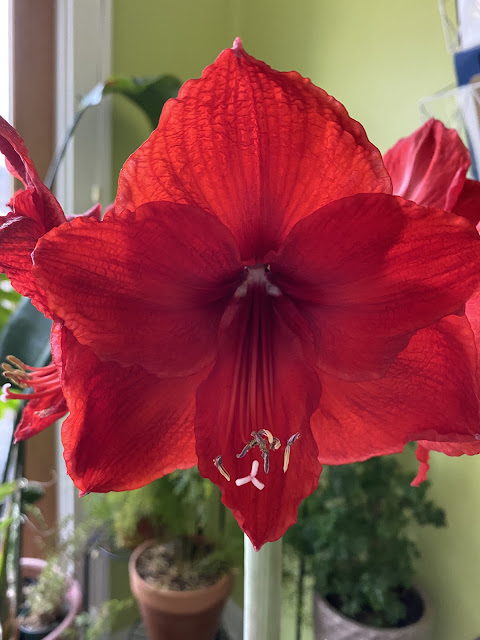 This guy is still blooming.  I bought wax covered amaryllis at Costco back in November.  They have consistently had blooms since the first part of December.  Still blooming in March...it's a miracle!  I just ordered two more sets from the latest Costco mailer, this time embedded in pastel wax with pink and white blossoms. 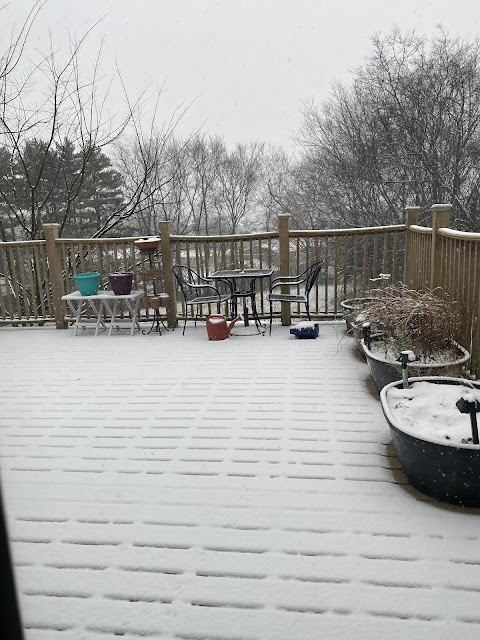 A little snow and gloom from a few weeks ago.  Enough to cancel school for two days, since it was snow topped by ice. A throwback to November, and the Day of the Dead celebration at the West side library park.  What a cool event!  All kinds of entertainment and fun crafts.  Here's Vivian with Evansville's Mayor, Lloyd Winnecke, both decked out in their DOD finest. 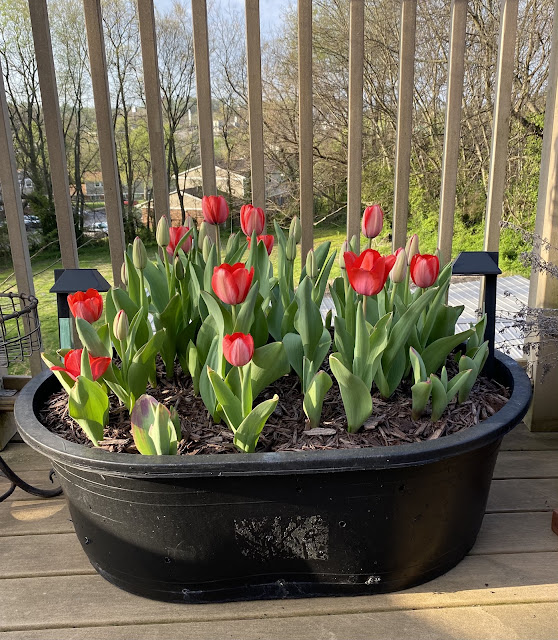 Another walk down memory lane to last Spring.  The tulips are just now poking through the soil, and I'm hoping this year's display is just as beautiful.
at March 07, 2022