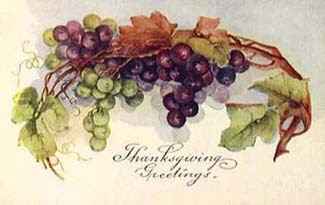 I was tagged by Melissa @ The Inspired Room to play this game...she called it Four Things I'd Rather Do Than Paint My Bathroom Cabinet. I would have to say that I also hate to paint. It makes such a drastic improvement (unless you're really a sloppy painter like me), and it's the most cost-effective way to make a change...especially if you use "Whoops!" paint from Lowes or Home Depot. I've been rather busy the past few days preparing for Thanksgiving guests...cleaning, rearranging, shopping for groceries, planning...the whole deal, so I'm calling my tag Four Things I'd Rather Be Doing Than Being in Extreme Planning Hysteria. Here goes, starting with the basic rules of the game...

Four Jobs I Have Had:

Four Places I Have Lived:

Four Places I'd Rather Be

Bristol from Cottage By the River

Oh, boy, another tag game...thanks for thinking of me and I'll post my tag in the morning. I've already posted about 3 times today. haha
Thanks again, bj

I'd like to join you being a clerk in an old-timey country store located somewhere in Key West and taking a lunch break at a Mexican restaurant!!

What a treat! I've never been tagged before! Thanks for thinking of me! I would love to escape to my front porch with a pile of magazines and a cool drink but right now there is snow on the ground and the wind is blowing....

Oh how fun to read these little facts about you! Thanks for playing along!

I love pot roast too. Yummy!

Got my tag posted and it was fun...thanks again!
bj