This had been a pretty spectacular winter...plenty of blue skies and sunshine, and more importantly, plenty of warmish weather.  When the temperatures are in the 60's and 70's for most of February and the beginning of March, it's such a good thing!

Today (worst Monday of the year...the Monday morning after DST becomes a "thing"), it was super-gloomy.  By the time I got to work, snow started flying.  Granted, it isn't sticking to the roadways, but it is piling up on the grass and trees. 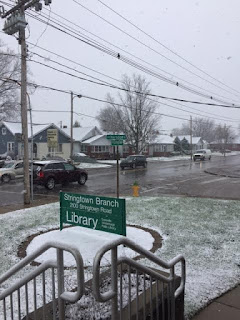 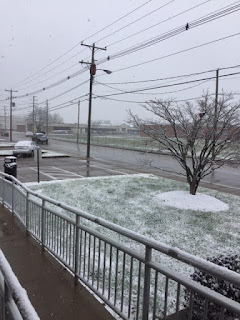 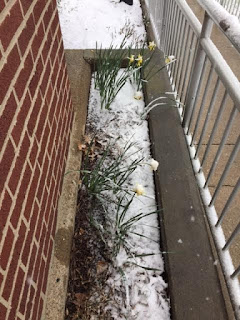 Our little daffodil garden is covered!  According to the weather service, this will all turn to rain this afternoon, and by the end of the week it should be near 60 again.  No real complaints...we aren't in the mess many along the upper midwest and east coast are in.
at March 13, 2017